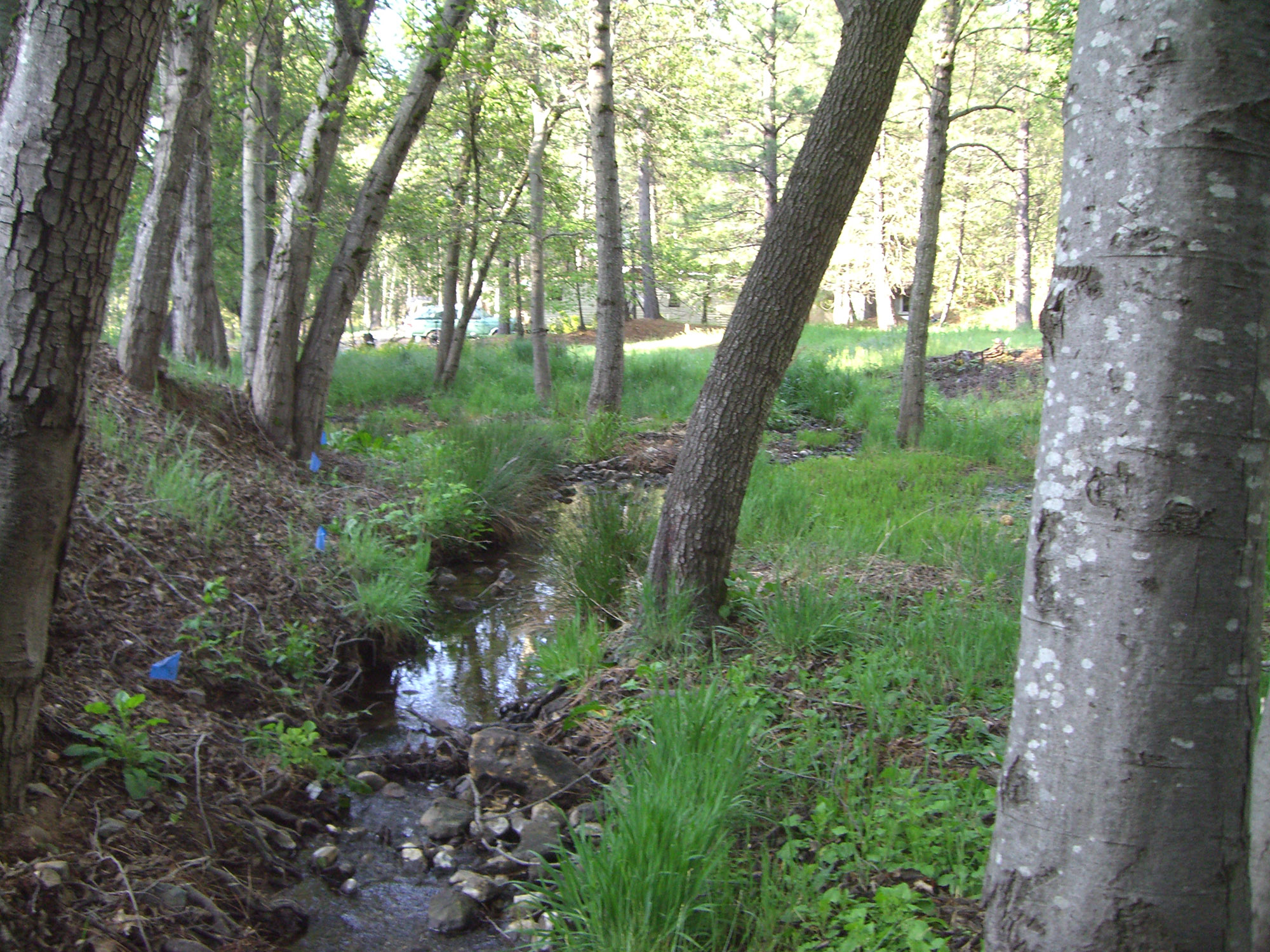 It seemed like a piece of land that time had forgot: 2-1/2 forested acres, with a year-round creek burbling through it, just a short walk from downtown Grass Valley.  Located in a historic and unexpectedly rural neighborhood in which all the streets — Doris Drive, Carol Drive, Bernice Drive, Hazel Lane — were named by “working women,” practitioners of that oldest of professions, for which Grass Valley was at one time well-known, who were asked to move their enterprises off of Main Street, and so they built houses in the area from which to operate and named the streets after themselves.  Now, a century later, the question was, what would be the highest and best use for this unique and beautiful piece of land?

Twelve single-story homes, designed in keeping with the historic architectural vernacular of downtown Grass Valley, with 900 to 1200 square foot floor plans and single car garages, carefully placed between the larger trees.   No grading or construction will occur close to the creek, preserving a park-like swath through the center of the property to which all residents will have access. 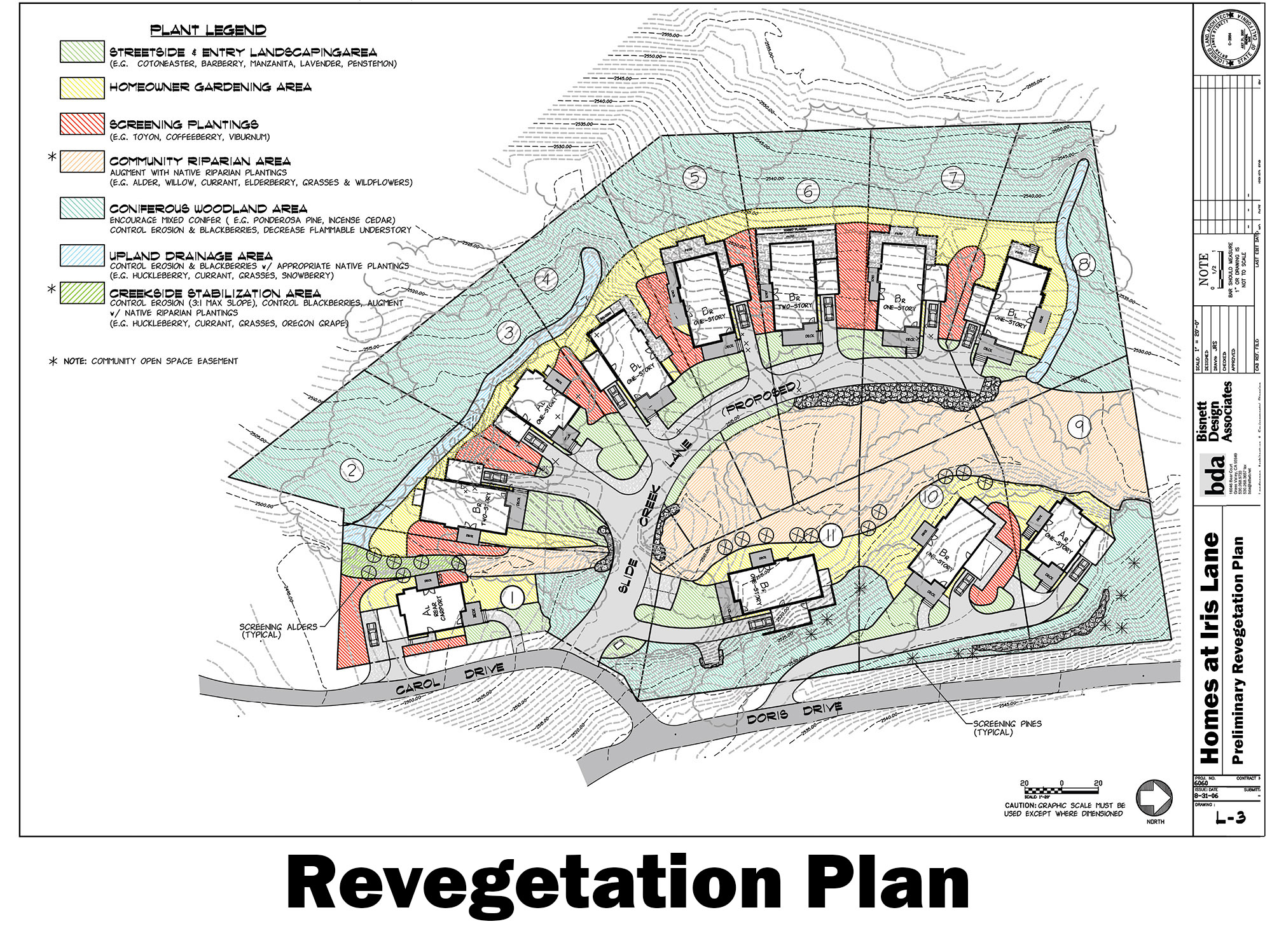 The site’s natural attributes will be carefully guarded throughout the development process.  The existing mixed conifer woodland will be protected, and the invasive understory vegetation controlled.  No development will occur within the project’s central riparian core, except for a community trail that will follow the water course.  Screening plantings will augment privacy between the homes, and areas for gardening will be provided for each residence.

It was important that Iris Lane fit seamlessly into the historic neighborhood in which it occurs.  We did the architectural design work in-house, providing the small homes with detailing that evoked some of Grass Valley’s traditional Victorian-, Craftsman- and Miner’s Cottage-styled homes. 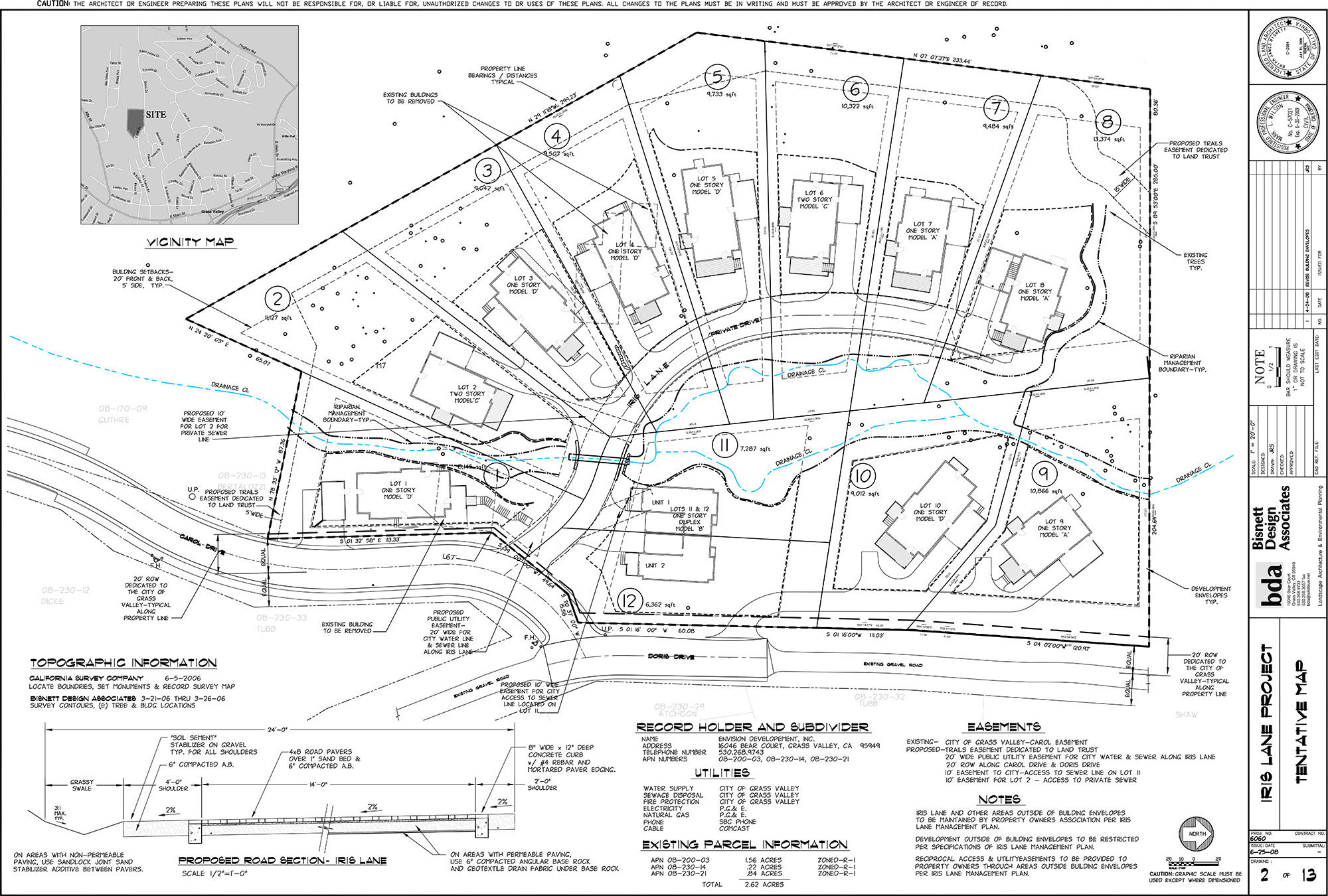 Our office produced the submittal drawing set in-house, handling the architectural, civil, and site design work.  The intention of the submittal set was to provide both the community and the Grass Valley Planning Commission with a full description of the proposed project, one that fully addressed their questions and concerns.  As a result, the project gained considerable support from the neighborhood, and the unanimous approval of the Planning Commission.